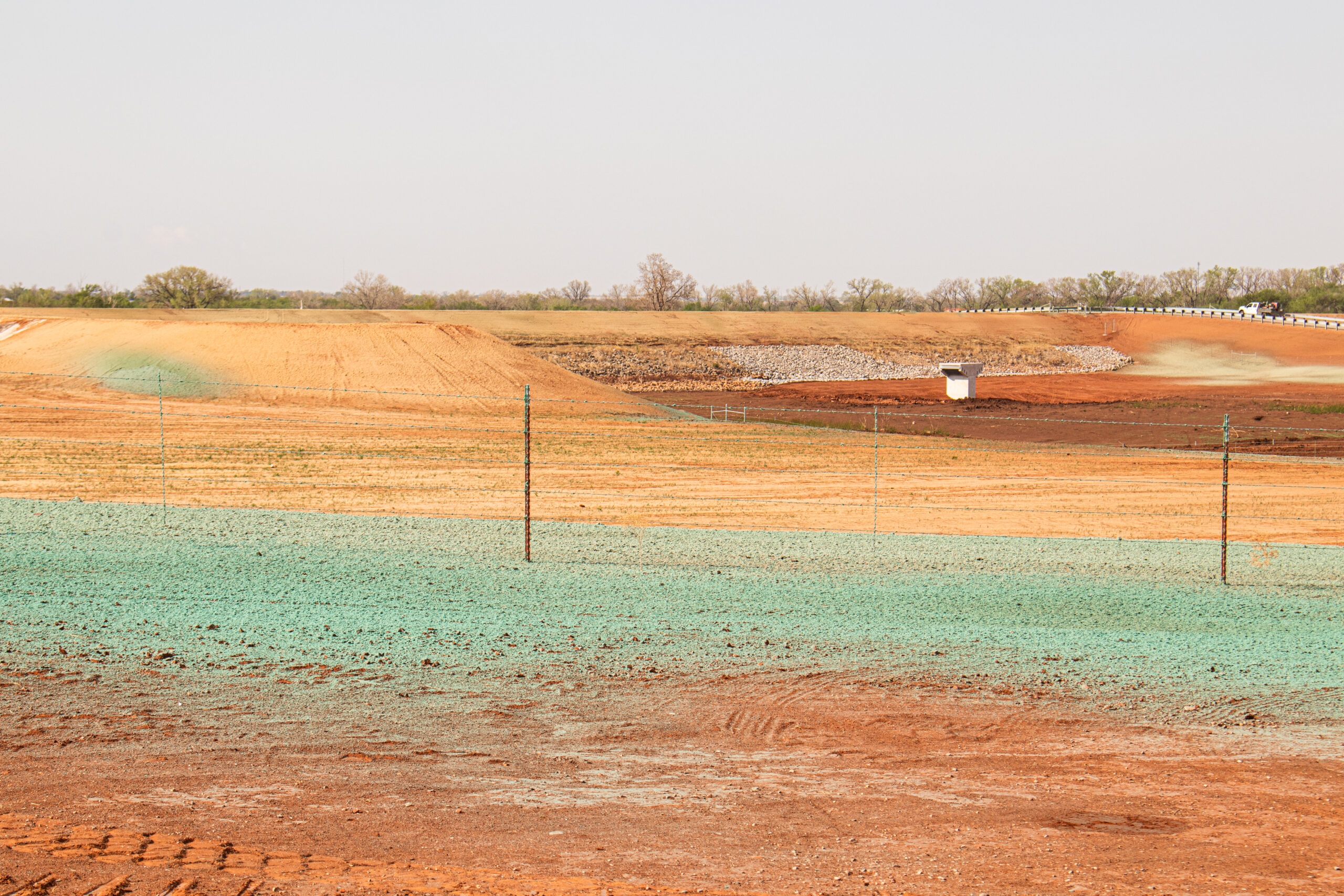 Like most things in life, flood control dams don’t last forever – in fact, most of Oklahoma’s flood control dams constructed from 1948 -2000 were designed with a 50-year planned lifespan. By the end of 2021, 70% (1,469 dams) of Oklahoma’s 2,107 dams will have reached the end of their 50-year planned lifespan. This doesn’t mean that the dams won’t be safe or not functioning as design after 50 years. It means that the dam will have returned the planned benefits that justified constructing the dam and that the planned sediment storage area is expected to be filled with sediment. The amount of flood storage may be reduced but the dam will still provide flood protection and other benefits.

Today many dams are in a far different setting than when they were originally constructed. Population has grown; residential and commercial development has occurred both upstream and downstream from dams; land uses have changed; sediment pools have filled; and concrete and metal components have deteriorated. Today some dams do not meet current dam safety regulations that have been enacted and revised with more stringent requirements than when the dams were built.

Before the year 2000 the NRCS did not have the authority to provide technical or financial assistance to watershed project sponsors in rehabilitating aging dams. Watershed project sponsors (in most cases conservation districts) do not have adequate funds to rehabilitate the dams. Congress passed the Watershed Rehabilitation Amendments of 2000, (authored by Congressman Frank Lucas, Cheyenne, Oklahoma) amending the Watershed Protection and Flood Control Act, to authorize the NRCS to provide technical and financial assistance to project sponsors in rehabilitating the dams. The purpose of rehabilitation is to extend the service life of the dams and bring them into compliance with applicable safety and performance standards or to decommission the dams so they no longer pose a threat to life and property. The federal government provides 65% of the funding for rehabilitation projects and project sponsors provide 35%. Sponsors make application for funding to the NRCS. Projects are selected on a priority basis with those with high safety and health concerns receiving the highest priority.

As of March 2011, Oklahoma has rehabilitated 38 flood control dams and 11 more are in progress.  The need continues to grow as dams age and watershed conditions change. It is estimated that $10 million will be needed to address Oklahoma’s rehabilitation needs over the next three years.